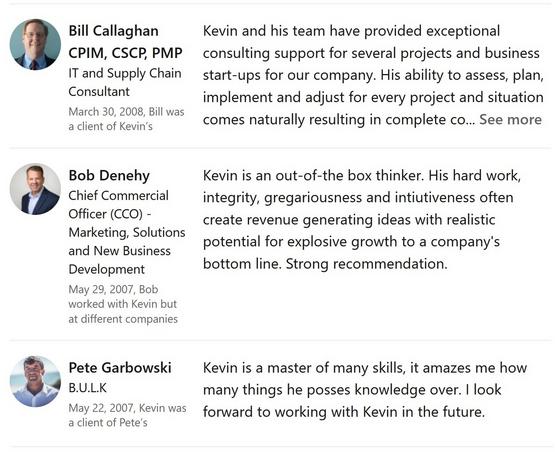 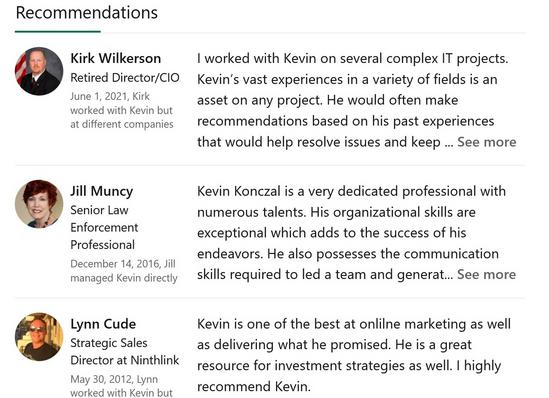 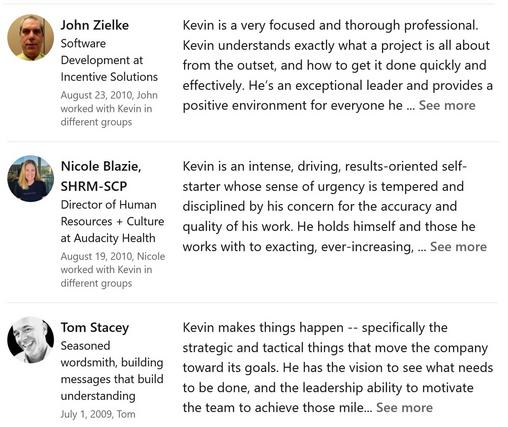 For more information on how I can help your company enjoy the same success as I have - contact me at: kevin@konczal.com

Kevin Konczal has over four decades of business experience in a wide array of industries.  He is a proactive, highly accomplished organizational leader with a solid, consistent record creating companies and improving processes in a variety of business entities from start-ups to Fortune 500 companies.

As a sales and marketing-focused strategist with expertise in directing all aspects of growth and turnaround situations, he will help to quickly achieve significant gains in revenue and market share; adept at increasing revenues by leveraging innovative sales channels, alliances/partnerships, and marketing initiatives.

A growth-focused visionary, dedicated to helping organizations achieve optimal profitability and long-term sustainability, Kevin is also proficient at implementing and managing projects and programs in a variety of industies.

Board of Directors - Oceanside Boys and Girls Club

Board of Directors - Oceanside Jaycees